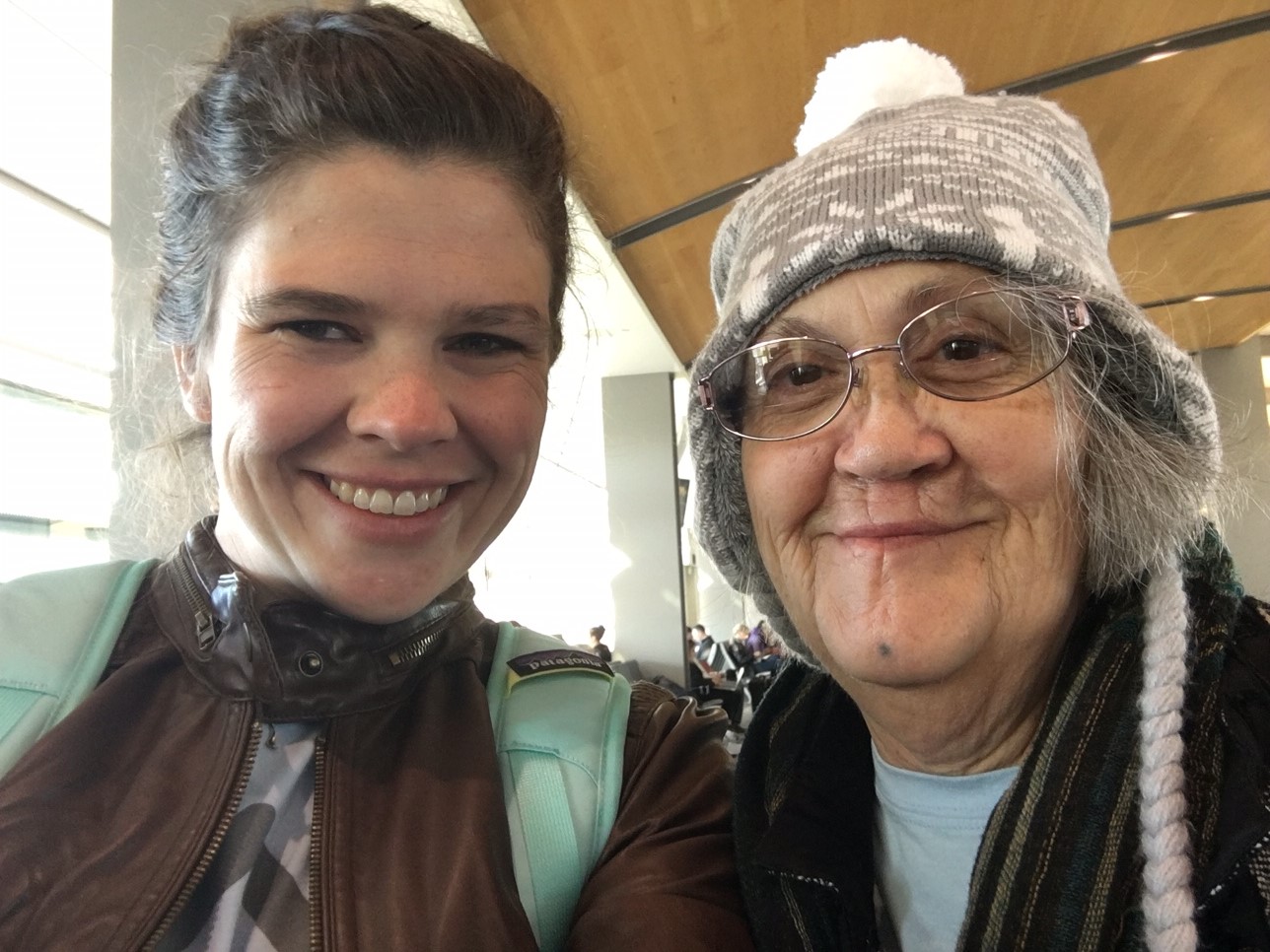 Above: Rachel and Francine arrive at the Sacramento airport for a full day of lobby visits at the Capitol!

Lobby Day is an annual opportunity for nonprofit organizations to meet with politicians to discuss and advocate for legislation that is important to them. Every year, Housing California brings together affordable housing residents, service providers, and community advocates from across the state to meet with state legislators about important housing and homelessness bills on the docket that year. Rachel and Francine joined advocates from the Residents United Network, Skid Row Housing Trust, Corporation for Supportive Housing, and many others to speak with politicians about bills that, if passed, would alleviate California’s housing crisis and help make affordable homes more accessible across the state. 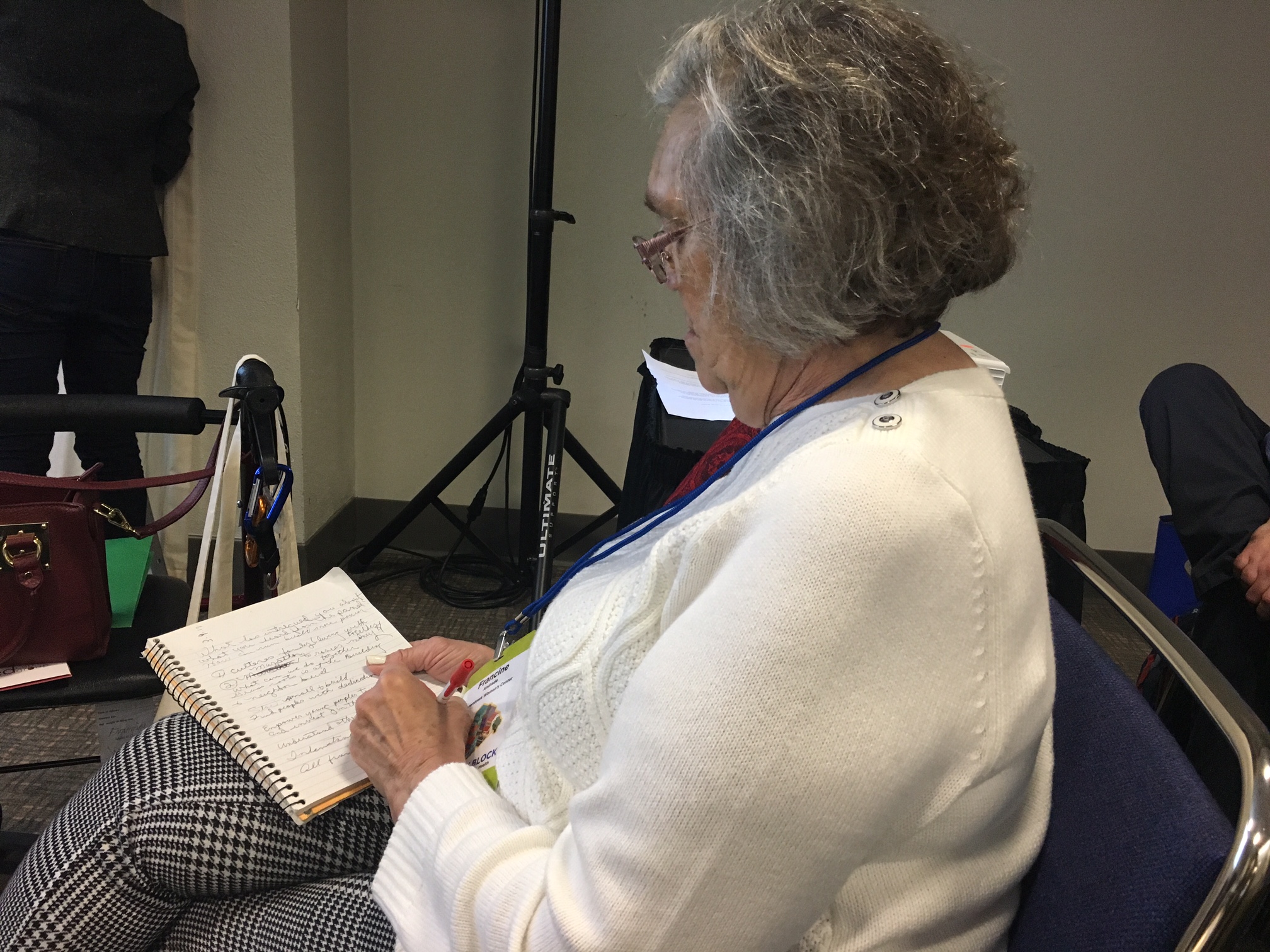 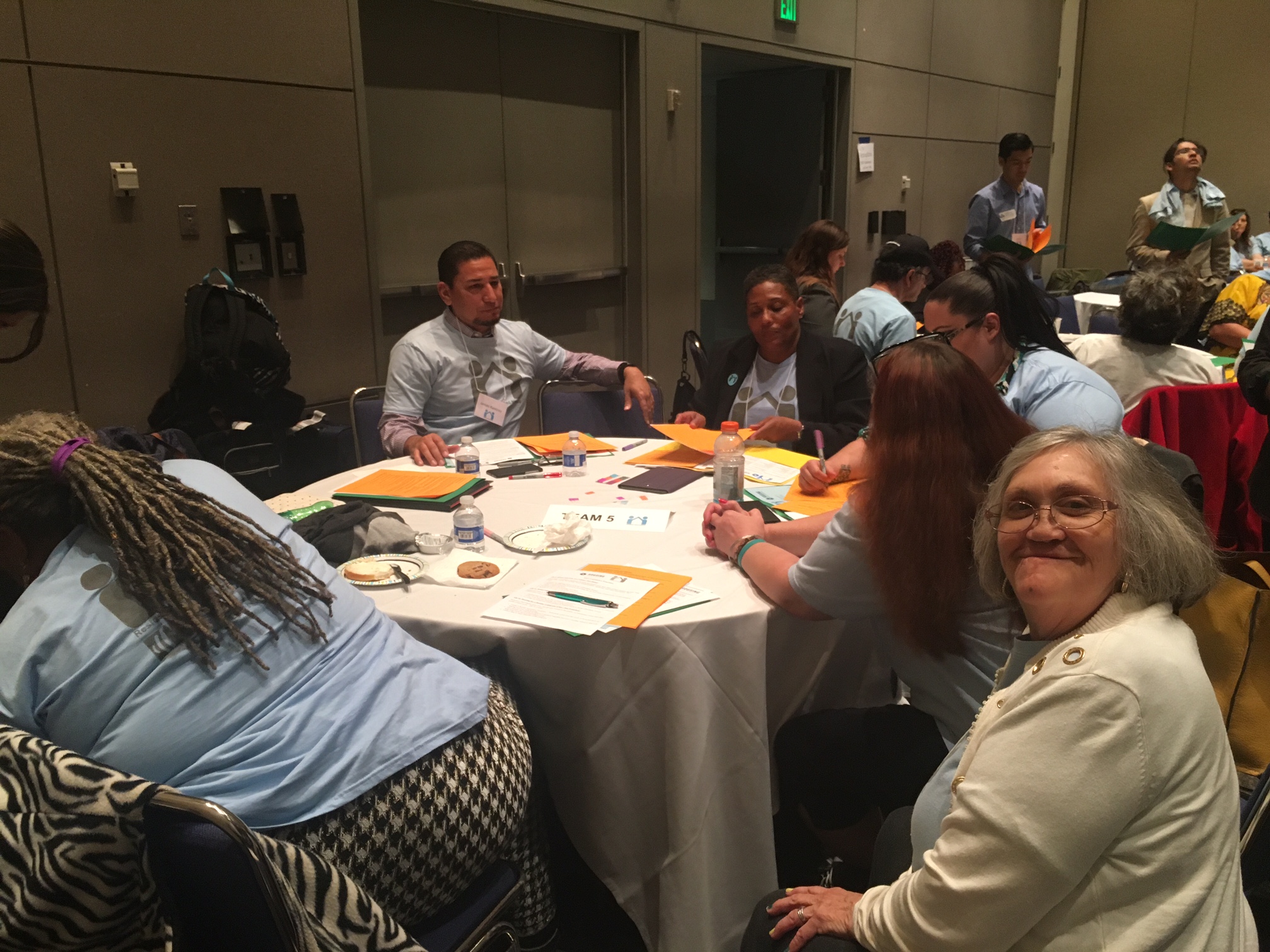 Above: Francine and Rachel’s group work together to develop their talking points for the day.

Rachel and Francine’s group presented three bills that would make affordable housing more accessible in California. The first, the Homes and Jobs Act (SB 2), would create an ongoing source of funding for affordable homes by instating a $75 document transfer tax on all real estate transactions (except property sales), generating between $250 and $300 million per year. Bring California Home (AB 71) would abolish a tax deduction wealthy Californians receive on vacation homes, saving the state $300 million per year that it would, in turn, invest in the Low Income Tax Credit Program. The third bill, Housing for a Healthy California (AB 74), would create a Rental Assistance Program to help individuals and families escape the cycle of homelessness. It would then require the Department of Housing and Community Development to work with the California Department of Healthcare Services to track healthcare cost savings resulting from the program.

In each meeting, Rachel, Francine, and their group members provided an overview of what each bill would accomplish. Beyond explaining how each piece of legislation would benefit homeless and low-income Californians, they emphasized that improving access to affordable housing benefits all California residents and still saves state money in the long term. 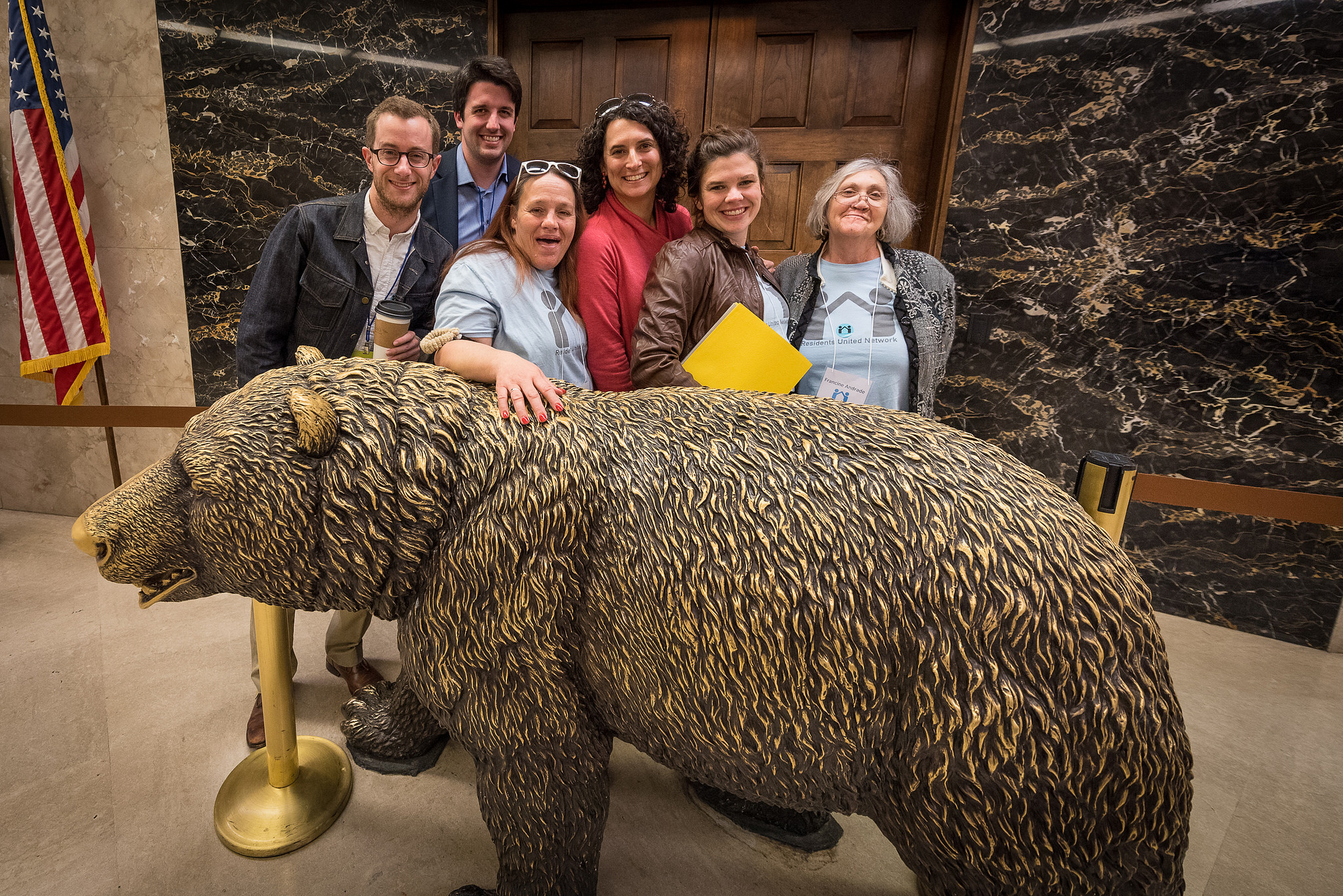 Above: The team poses in front of Governor Brown’s office after a successful day of advocacy!

By far the most powerful powerful portion of the meetings was personal testimony from affordable housing residents. Francine described what her life was like as a woman experiencing homelessness, and she provided specific examples of how access to affordable housing benefits her every day.

The team was tasked with asking each legislator or staff member if his or her office planned to support each bill. The majority of offices confirmed their support. In meetings where a staff member could not yet say whether the legislator would officially support the bill, they asked questions, took notes, and promised to consider the bill carefully when making their final decisions. It was an excellent sign to see widespread support for these bills this early in California’s legislative session, which ends in mid-September.

The busy, productive day at the Capitol culminated with a reconvening with other Housing California advocates to discuss how the meetings went and to map out next steps. Affordable housing advocates across the state will work hard to ensure the state representatives in their home districts support the bills so they have the best possible chance of becoming laws later this year. And, as always, Rachel and Francine will take what they learned at the Capitol and apply it to their advocacy work at the City and County levels here in Los Angeles! 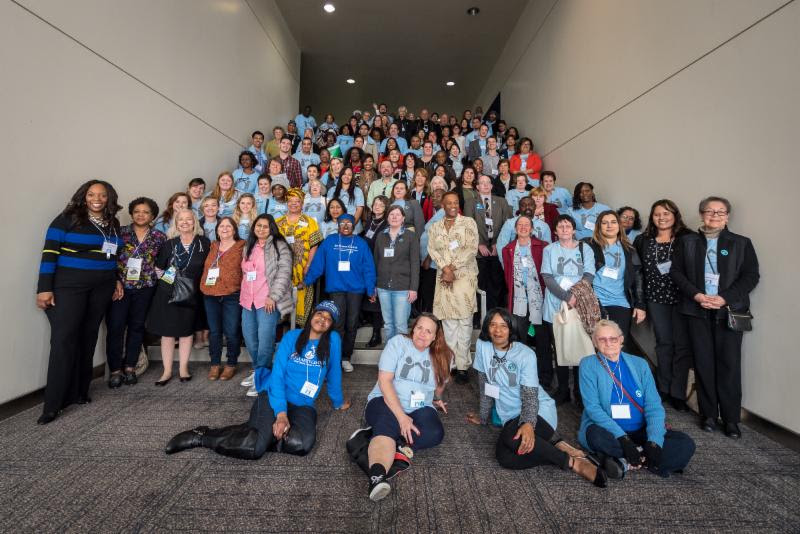 Above: The group of Housing California advocates poses before a day of lobby visits.

To learn more about key housing legislation in California, head here. To stay up to date with DWC’s advocacy efforts, sign up for our monthly newsletter here. And check out our recap of 2016 Lobby Day here! 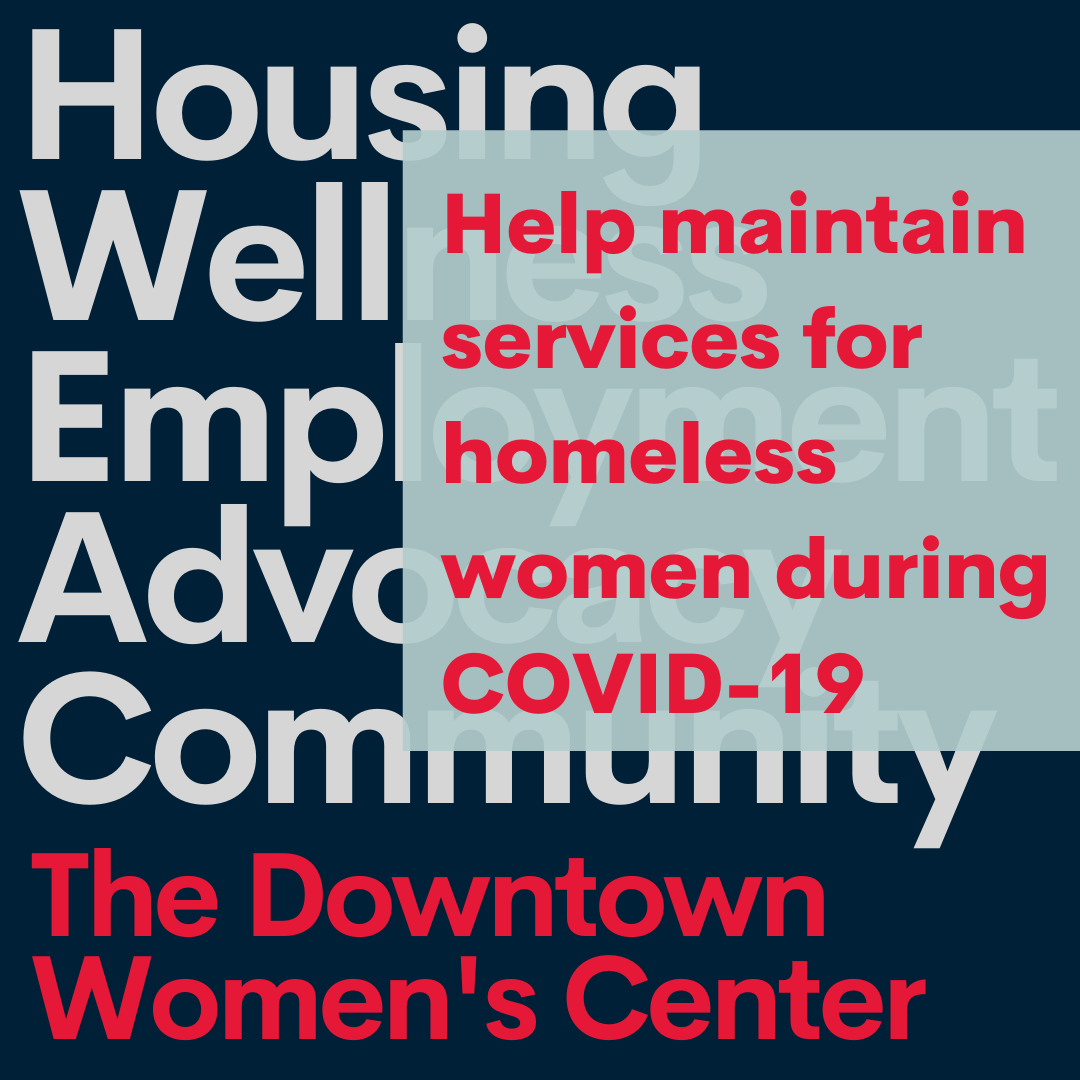